From the Ethical Spectacle

However, I suspect that the real reason we haven’t gone after Bin Laden is because we know he is living in the lawless part of Pakistan near the Afghan border, where the resurgent Taliban are also based. This has rapidly become a new rogue state, not really under any kind of Pakistani military or political control. In addition, Al Qaeda and the Taliban are allegedly sheltered and supported by renegade elements of Pakistani intelligence who originally worked with them on the anti-Soviet effort and haven’t given them up in the post-9/11 world.

If this part of Pakistan had been a completely independent state, it would have made a lot of sense to invade it instead of Iraq (I believe we don’t have a large enough military to do both). I suspect that the reason we can’t do this is that the minute US troops land on Pakistani territory (even such independent and lawless territory) there would be a huge popular uprising in Pakistan, overthrowing our nominal ally the weak dictator-president Musharraf. The result of the incursion would be to drive a huge country with nuclear weapons over to the other side, giving Al Qaeda a large powerful playground instead of a small weak one.

From this CNN article

The bill would bar companies from future lease sales unless they agree to renegotiate flawed leases issued in 1998-99 for deep-water drilling in the Gulf of Mexico.

Because of a government error, the current leases do not contain a trigger for royalties if prices soared, as they have in recent years. As a result, the companies have avoided paying $1 billion in royalties so far and stand to avoid an additional $9 billion over the life of the leases, the Interior Department says.

Isn’t that why one signs a lease, to lock in a price? All government contracting is shady, but to pretend that anyone is owed anything is ridiculous. All the more reason to auction off the drilling rights and be done with it.

I won the open Mic at Limerick Junction last night, it was a decent performance on my part. I did the standard material.

Since it’s his birthday, I guess I’ll post my impression of MLK. I find it surprising that everyone misses his most singular accomplishment, namely that he he was able to manage a coalition of highly and disparately motivated parties and have them all (more or less) follow a strategy of nonviolence, which is the only strategy that would have worked. As a management endeavor that is staggering.

For more on that, see The Gandhi Game, which explains it all in a game theory sort of way. Put simply, it allows the opposing party to do what you want them to do (usually defined as “doing the right thing”, though it doesn’t have to be that way) and not suffer any violent consequences. If the Palestinians did that, they would be in a much better position than they are now.

Somehow I stumbled across this book The Enemy At Home: The Cultural Left and Its Responsibility for 9/11 on Amazon and it provoked two thoughts.

See Report: Lies involved in no-knock warrant and Town hall meeting to discuss “no-knock” warrants. The systems seems to be working, albeit quite slowly. I’d assumed that since this feel out of the news for a month that it was being covered up, it’s nice to see that I might be wrong about that.

Cop wounded in drug raid that killed woman to retire

Curiously, the name of the APD spokesman is James Polite, which is just kind of eerie. If that’s your name, are you destined for some kind of PR occupation?

I spend all day today debugging, which is also how I spend the early morning hours after I got home last night. It’s been a strange day. There has been very little email and phone contact today. Combine that with the weather and listening to quiet singer-songwriter music and the day has a rare seamless quality.

Your link for the day is It’s time for a new International Brigade, which is about private armies and the crisis in Darfur.

At long last, a new gallery, with photos made with the new flash, the one below is my new favorite self portrait. 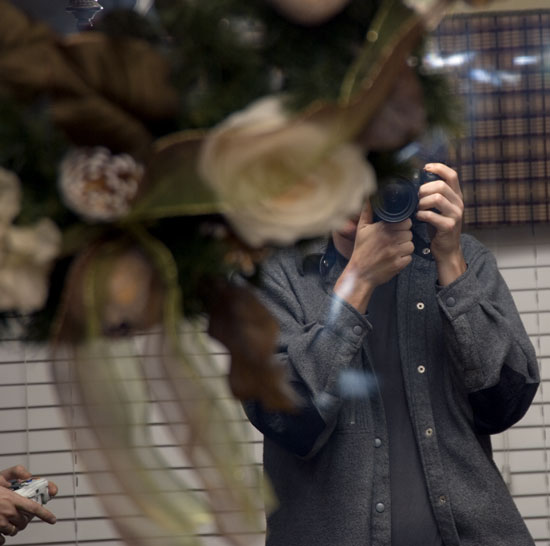