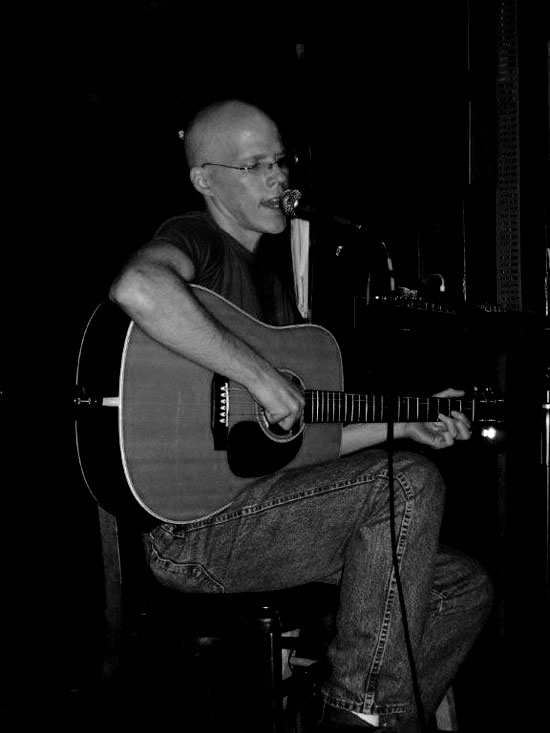 My first ever gig at Limerick Junction was a success. Everyone seemed to have a good time. The songs “I Miss Ronald Reagan” (written by Tommy Womack) and my song “Heroin and Cheetos” seemed to go over particularly well. My would-be guitar showcase of Bonaparte’s retreat fell a bit flat. The room sounds noticeably different when full than when half full and that threw me off a bit as the set progressed.

On the whole a good night. The A-Sides rocked as usual. The photo was taken by my brother, who also recorded the show.

As usual, I did the open mic last night. Unusually, there was a good and enthusiastic crowd, probably the best I’ve ever had. I happened to be in fine voice last night too, which helped. A good time was had by all.

Was when I said “I’ve seen the greatest minds of my generation destroyed by Dave Mathews”, which got a good laugh from my fellow acoustic purists who were going over new material at the open mic last night.

Which I won by the way. I could just barely hear myself in the monitors, but evidently is sounded good in the crowd. I got my guitar showpiece, Bonaparte’s Retreat (in Drop D tuning) mostly right, which is a rare thing.

I was looking up the history of my favorite fiddle tune, Bonaparte’s Retreat (I play it in drop D), and came across this little Southern gem. To wit, three men

were taken prisoner by the Guard-no one knows why, but the area had been ravaged by scalawags and bushwackers, and the populace had suffered numerous raids of family farms by Union troops hunting provisions. The village of Waynesville had been burned two months earlier, and the citizenry was beleaguered and anxious. Cantrell writes: “The group traveled toward Cataloochee Valley and Henry Grooms, clutching his fiddle and bow, was asked by his captors to play a tune. Realizing he was performing for his own firing squad Grooms struck up Bonaparte’s Retreat.” When he finished the three men were lined up against an oak tree and shot, the bodies left where they feel. Henry’s wife gathered the bodies and buried them in a single grove in Sutton Cemetery No. 1 in the Mount Sterling community, the plain headstone reading only “Murdered.”

Now I just need to write the song.

I won the open Mic at Limerick Junction last night, it was a decent performance on my part. I did the standard material.

I won the open mic last night. I flubbed the Carter family song but the flatpicking on Ruby Ridge went over very well. 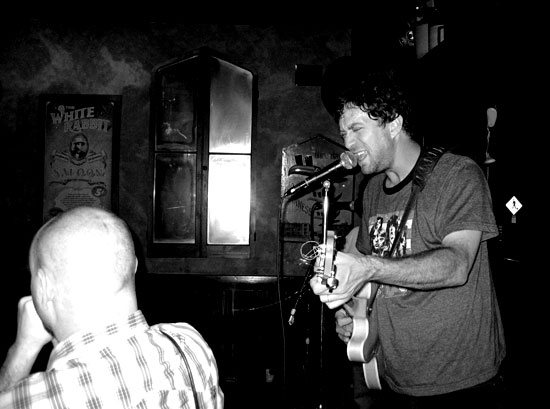 I did the open mic night at Limerick for the first time in quite a while last night. The songs I played were Blackjack County Chain, Red Clay Halo, Will You Miss Me, and
Waitin’ Around to Die. I played breaks on Blackjack County Chain and Will You Miss Me. It’s hard to tell how it all sounded with the PA the way it is. I’m bringing my pre-amp next time.

The A-Sides are in the photo above.