I think it was Kevin Williamson on his podcast that made the remark that while everyone in Hollywood claims to be scared of Trump, no one has a second thought about insulting him to his face and bring up any negative thing against, whether real or imagined.  No one said anything about Harvey Weinstein for decades.  Which would suggest that he is a larger power in his world than Trump is with the media.

It brings to mind a line from Sin City (distributed by Miramax, aka Weinstein) when the evil Senator Roark says this, thoughtfully put in a graphic. 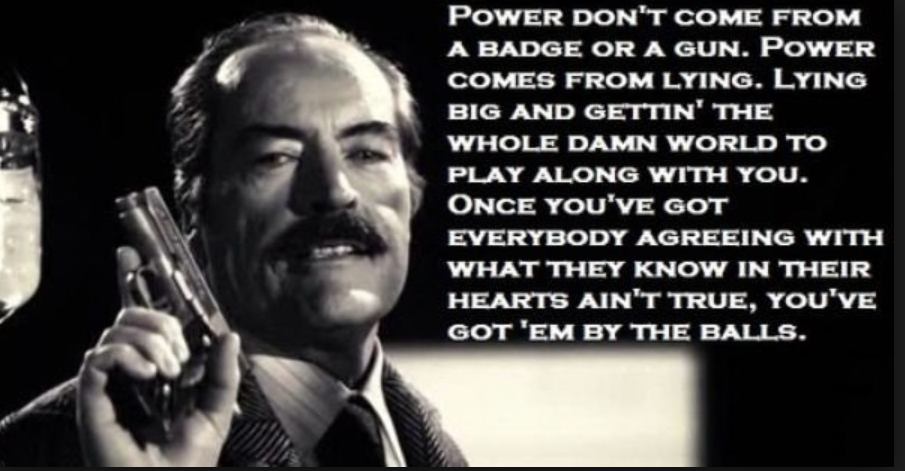 His fall from grace is quite rapid too.

It also makes you wonder who else occupies these choke points, in the entertainment industry and others that are powerful enough to get away with horrible things with impunity.

Entertainment is probably different enough to make most comparisons useless.  Personal relationships seem to be the coin of the realm, and the work product resists easy quantification, so rumors and allegations  carry more weight there than in say, commercial welding.  Weinstein was in a perfect position to use personal relationships, hence his power I suppose.