I give you “Redneck Dogs” 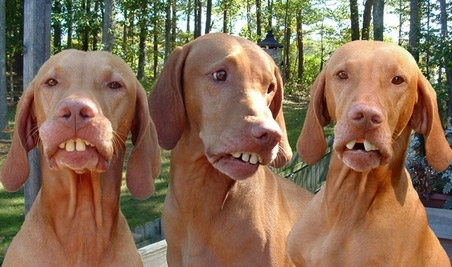 Actually it’s a new version of a site I did a few years ago, Mark Hill Photography.

I’ve long listened to WRFG‘s bluegrass programming, and complained about it’s political programming, seemingly designed to irritate me. They live up to every stereotype of the hard left and it can be painful to listen to.

Then, while googling Michael Sheuer I came across the Weekend Interview Show with Mike Horton. It’s part of a shortwave network I’ve never hear of before.

Anyway, it’s an interesting thing. The host is a libertarian of the Lew Rockwell/Anti-War.com school (paleo-libertarian to take it to too fine of a point) and from what I listened to on their site Horton has mostly authors and pundits of a similar mindset.

After listening to the interviews I was left with the feeling that there are still regional differences in world outlook (American regions, I’m not sure why I came away with that).

Ah, my upload is done. More thoughts on this later.

Safe for work despite the name, it’s for a television manufacturer I’ve never heard of. Link via CodePoet.

The $100 dollar laptop appears to exist for real.

I haven’t had any comments in a while, is anyone there?

Visual Studio 2005. Full scouting report in around 3 weeks or so.

I was reading the two education related articles Schools want Beltline voice and Decatur tries to close racial gap in the AJC and was astonished by the poor quality of the writing and thinking. Nothing but one and two sentence paragraphs and no information that couldn’t be found on a press release.