In case anyone has wondered what I’m trying to do on the guitar, this video of Doc and Merle Watson says it all.

Also, check out these videos of the Velvet Underground (with Nico) doing acoustic versions of Heroin and Femme Fatale in 1972.

I predict that soon someone will make some correlation between legal abortion and increased illegal immigration, similar to Steven Levitt’s abortion-crime idea as told in his book Freakonomics.

For those of you who haven’t read the book it spends a lot of time explaining his theory that abortions are disproportionately had by women who would otherwise bear criminal children (to put it bluntly). Those children are never born, which reduces the number of criminals, which reduces crime rates. He has a large amount of documentation and math to support this idea. Bear in mind that the 80-20 rule applies here, something like 20% of the women who get abortions have 80% of all abortions.

A similar idea (unique to me so far) is that were there no abortion, there would be many more children who would grow up to be low-skilled, low wage workers. That creates an artificial void on the bottom of the income ladder, which the Mexicans and other illegals fill.

I’ve been thinking about this quite a bit lately, and it’s all part of my emerging theory on open-source eugenics and artificial evolution, which I’ll explain more when I flesh it out. On a related note, the pro-choice argument and the usual nativist argument are essentially the same. There is ownership in a country, as there is in one’s body. It is up to the owner; the citizens of the country collectively or the individual woman to determine who can be there (to put it crassly). Every child is a wanted child, and every immigrant, is a legal immigrant.

Or that’s what I think right now anyway. Thoughts anyone?

My favorite is still NashvillePortraits.com. And, as they came up in conversation last night (I think I did a poor job explaining my point but oh well) here are his shots of Guy & Susanna Clark and Townes van Zandt.

To be that good…

A couple is arrested for asking for directions. Really.

With the help of the lovely and talented Kathy Leland I was able to get the closest yet to the fiddler in silouette. This is far and away the best batch so far.

She is also, to date the only actual fiddler to model for the fiddler series.

I often read the surveys filled out by the happy wanderers of MySpace. One of the recurring questions is “Are your friends mostly male or female?”.

Were one to put a timer on the amount of time I spend talking/hanging out with people, I imagine I would spend a slight majority of my time with my male friends, but in absolute numbers, I would imagine that two thirds of my friends are female.

Not so good. I couldn’t hear my guitar in the monitors, and my playing was a bit off because of it. It was a noisy, but nice crowd. The previous act was having problems too. Evidently the problems were only noticeable to me. I did the usual material.

In further effort to drive the biking in darkness post farther down the page I bring you Popular Mechanics interesting article comparing alternative fuels, as well as their article on souping up the human body.

The Duke of Wellington

For a great power there are no small wars

In Italy, for thirty years under the Borgias, they had warfare, terror, murder and bloodshed – they produced Michelangelo, Leonardo Da Vinci and the Renaissance. In Switzerland, they had brotherly love and five hundred years of democracy and peace, and what did they produce? The cuckoo clock.

On England between the wars

The fault was not decadence but the desire for holiness, the belief in sacrifice, and a willingness to serve as the butchered victim acceptable to God.

From the guide to Christianity for the secular

Christians are not easy to understand. To begin with, there are roughly 2,000 years of history to grasp, and certainly more denominations and subdivisions than that to take on board. For people who were raised secular, I imagine it’s like trying to understand an opera after coming in halfway before the end: the stage is crowded with people, two of them seem to be dead, a woman is wearing a hat with horns, and everyone is making a terrible racket. 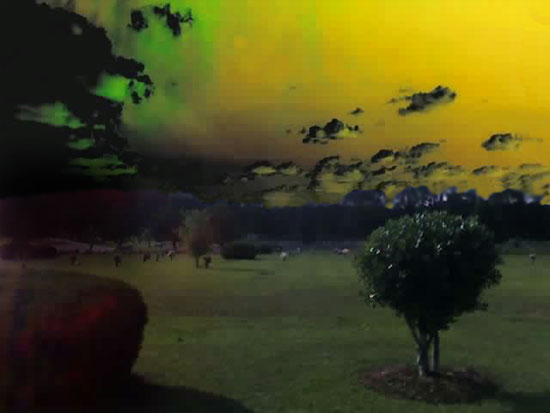 Having biked the past three days in a row, I had planned to take today off, but late this afternoon I felt full of energy and decided to go. Being a true American, I decided to push myself into breaking a personal record. I went to the end of Conyers and back and then to the other side of Avondale and back, which is a bit over 54 miles; a new record for me.

I rode the last hour in total darkness due to my late start . Happily that part was mostly on the bike path, with very little on the open road, so it was relatively safe.

As I was riding in the deserted darkness, the air cooled (down to sixty degrees), the number of cars declined and the wind blowing over the helmet created a dull roar. The perceptible environment gradually faded away. Coolness numbed the skin, wind dulled hearing, and the darkness removed much of the visual realm. I developed an overwhelming of isolation. There were no people out, very few cars, and no active signs of the human hand. All I could think of was that I was the last man on earth.

It was a gripping and powerful feeling I’ve never felt before.