“You know the story. Most of my life in jail; the rest of it dead!”
Humphrey Bogart in The Petrified Forest

And I must highly reccomend Paul Muni in “I am a Fugitive From a Chain Gang” (1932). A somehwat true story evidently. More info here.

So last night, I finally saw Walk the Line last night (finally) and I was quite impressed. A surprisingly good performance by Reese Witherspoon and Joachim Phoenix as well. It does end in the late 60s and leaves a lot of his life uncovered, but that’s probably just as well.

I just got done watching White Heat for the first time. Not quite a film noir, but still excellent. I recommend it highly.

At the Fox Theater no less, and it remains very good.

On an odd note, I recently (yesterday) ordered a lens adapter, telephoto lens, and a gig of memory from buy.com for the Mighty Olympus C-8080 and for no reason that I can tell it’s coming in 3 shipments. Very strange. I’ve been extremely happy with the C-8080 so far.

Eric and I saw Batman Begins on Saturday night. I have to say I recommend it highly. They stuck close with Frank Miller’s “Year One” series and portrayed Bruce Wayne as a dark, angry figure, with none of the campyness that characterized the television series. Christian Bale performs very well as Bruce Wayne and Batman, the other characters did excellent jobs as well.

The Ras Al Gul character was a bit different, in the movie, he plays more of a spiritual leader (to put it nicely) in the comic book he ‘s more of a genocidal eco-terrorist. The Henri Ducard role is different as well (at least different that the Joe Hamm story I read.) Scarecrow was extremely well done, and Gary Oldman could not have done a better job.

Missing, curiously was any mention of Batman as the world’s greatest detective, though one can’t have everything.

After the movie Eric and I had dinner at the Rusty Nail, AKA the Smoking Gun (informally named after the barbecue smoker pictured below. 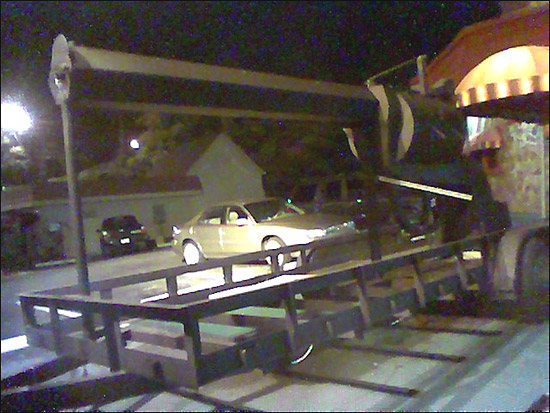 Of no significant import was the waving man outside of Decatur CD. I don’t mention it because of any great significance, but mostly because the photo turned out well. 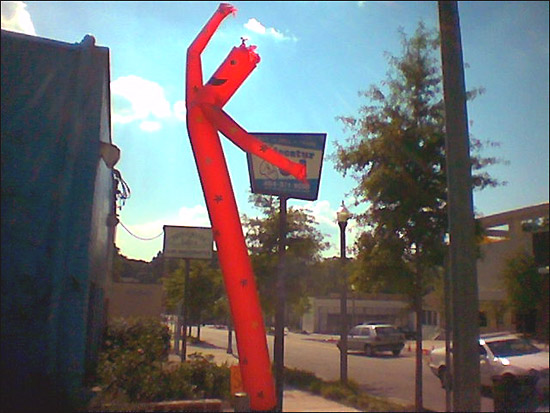 And that was my Saturday.

I just picked up the DVD, only the 5th non-instructional DVD I’ve ever purchased,and I have to say, it was as good as I remembered. It was as vulgar as I remembered too. Actually it was the most vulgar movie I’ve ever seen, and I’ve seen Bad Lieutenant. There were only about 5 minutes of deleted scenes, and I’m not sure why they deleted some of them (though many were understandable to get the R rating).

Mark and I saw Revenge of the Sith, and unlike many of the reviewers I liked it quite a bit, I hadn’t seen the previous two but this one stood on it’s own quite well. Eric was supposed to meet us but had car problems. 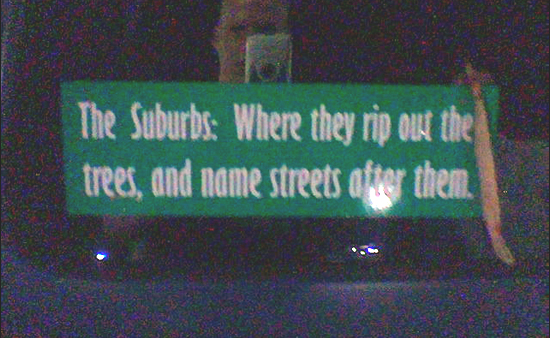 And this car, which is hilarious, inspired by the Napoleon Dynamite movie evidently.